Welcome to Landgasthof Hölzle! Come and visit us at the foot of the Swabian Alps, in the unrivalled countryside of the Stauferland region with its rich culture!

A special holiday experience awaits you at our country hotel. Discover the wonderful hiking and bike trails in the surrounding area and make use of the numerous leisure opportunities such as horse riding at the large riding stables in Weilerstoffel, climbing or gliding at the nearby gliding airfield.

The history of the Hölzle

The licence was only authorised after many discussions, negotiations and intercessions by the mayor’s office in Waldstetten. Xaver Schmid received the license certificate on 24 December 1911. The restaurant was given the name ‘Restauration zum Hölzle von Xaver Schmid’.

Xaver Schmid died much too soon on 30 June 1924 in Weilerstoffel. His hardworking wife continued to operate the restaurant along with her son Engelbert. Engelbert Schmid took over the restaurant in 1929 by purchase agreement.

His mother, Kreszentia, passed away on 31 March 1941 having lived a full life. The son, Engelbert Schmid, farmer and now restaurateur in Weilerstoffel, received the official licence to open a public house on the 17 February 1944. The illegal status of the business was hereby removed. Engelbert’s wife, Emilie, died on 6 February 1954 in Weilerstoffel.

In 1960, 55 years after its establishment, the restaurant was significantly increased in size and an adjoining room was built.

In 1969, the ‘zum Hölzle’ public house was taken over by Karl Schmid and his wife Luzia. Once again, the public house underwent a complete renovation, rebuild and extension. The farm, which had been the main business to date, was given up.

The public house was turned into a splendid guest house. As early as 1972, a further extension took place to add guest rooms. In 1976, the number of guest rooms was increased to 13.

In 1990, following the death of her husband, Luzia Schmid handed the Gasthof Hölzle over to her son Klaus Schmid. So now the guest house was in the hands of the fourth generation of the Schmid family.

In 1996, a further renovation and expansion of the Hölzle was necessary: all the guest rooms were increased in size and fitted with bathrooms. Nowadays, every room has been awarded a 3-star rating.

In addition to the hotel and restaurant, the flour mill and shop was created and this allowed the Schmid family to offer their customers flour from the Kunstmühle Benz flour mill and many strictly controlled products. Dorothea and Klaus Schmid were very happy for many years, until Klaus Schmid died long before his time due to illness at the age of 53 on 4 December 2014.

Since then, Dorothea Kocheisen-Schmid and her children, Kathrin, Andrea, Lorenz and Achim have continued to run the business.

Today, we are happy to say that this former public house has been turned into a truly splendid country hotel. 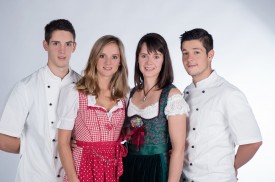 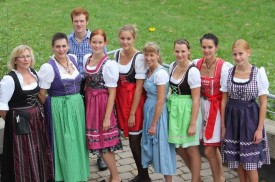 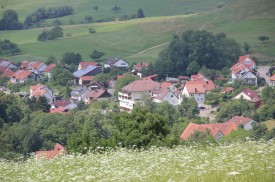 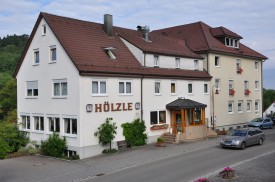 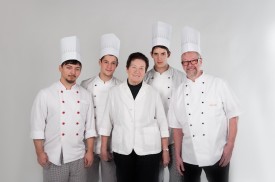 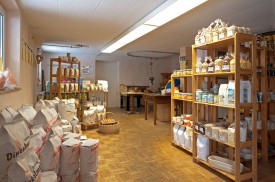 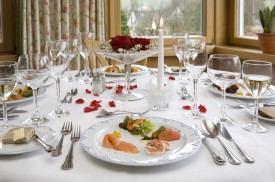 During the afternoon, we will spoil you with coffee, cake, ice-cream from our farm and delicious snacks.